Background
Blue Rhino is a popular indica dominant hybrid strain first cultivated by the Netherlands-based growers collective Positronics. Blue Rhino is a part of the renowned “Blue” family cannabis strain lineage that was developed in the 70s by famed breeder DJ Short. A cross between DJ Short’s Blueberry and the famous White Rhino strains, Blue Rhino is a mix of two all time classics. With a high 20% THC content, Blue Rhino boasts fantastic potency, along with its exceptionally high CBD content of nearly 2%.

Appearance, Aroma and Flavour
Blue Rhino has a sweet and fruity flavour profile that is well-balanced with its earthy notes of spice. When smoked, Blue Rhino tastes like fresh, sweet wild berries that leave a pleasant aftertaste of pepper and fruit. This popular hybrid strain produces large and dense clouds with a full-bodied fragrance of soft fruits with sweet notes of gooseberries, blackcurrants and blueberries. Blue Rhino has mid-green nugs with distinctive purple, red and blue hues that set it apart from other strains.

Effects and Medical Uses
Blue Rhino provides both cerebral effects and a potent body high that make you feel on top of the world. Euphoric and powerful, Blue Rhino is known to stimulate creativity with an uplifting and vibrant energy that focuses the mind. As time goes on, Blue Rhino will allow you to kick back in a happy, chill vibe that prepares you for a restful night’s sleep away from the troubles of insomnia, anxiety and stress. Easing chronic aches and pains with a calming effect, many medicinal users prefer to enjoy Blue Rhino after a long day.

Did not recieve it , employee misgarded ut but when i sent a message to them they respinded quickly and knew 1 client was missing the product , instead of saying sorry and crediting it in my account they excused with a great maner and credited 2x the amount in my account with no restriction . GREAT EXPERIENCE WITH THIS COMPAGNY AND THERE FAST RESPONSE!

Worth the price, lot is small buds, will get again. 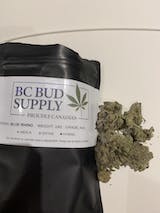 very tasty all the terps are here ! 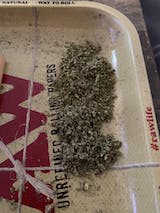 Very potent and a lil harsh but very good strain 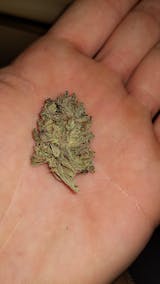 Fresh and such a pretty color. A bit harsh but full of crytals. Would recommend 👌

I love it. Nice and fresh and gets me super high as always from BC Bud Supply. Thanks guys!