Earn $1 - 60 in store credit upon purchasing this product.

Background
Girl Scout Cookies, also known as GSC, is a popular and well-known strain of cannabis that has a rich history. It is a cross between the strains OG Kush and Durban Poison, and was first created in California. GSC has won numerous awards over the years, including the High Times Cannabis Cup for best hybrid in 2011, 2012 and 2013.

Appearance, Aroma, and Flavour
Girl Scout Cookies is known for its distinctive appearance, with dense buds that are covered in trichomes and have a deep green colour. The aroma is a mixture of sweet and earthy scents, with hints of mint and fruit. The flavour is similarly complex, with notes of sweet mint, earthy, and a hint of chocolate.

Effects and Medical Uses
When consumed, Girl Scout Cookies provides users with a balanced high that can help to ease pain, stress, and anxiety. It is also known for its euphoric effects, which can help to boost mood and improve overall well-being. Medical users have found it to be effective in treating conditions such as chronic pain, insomnia, anxiety, and stress-related disorders.

Great high from this strain. Not as strong as I was hoping but definitely does the job! The after taste is pleasant and the smoke isn’t too harsh. I would easily buy this again and the buds are a nice size!

Love smoking this after work helps me sleep better and longer it’s good for a stressful day.

j
jfk (Saskatoon, Saskatchewan)
I got my weed and

I don’t have a charger

This is great bud for the price. Was mixing this with other strains turned out having a nice flavour profile.

This strain is great for those who can't sleep, have anxiety or just need to relax.
I can't wait to try it in edibles ! 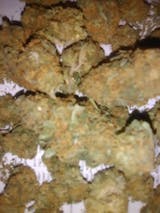