Earn $2 - 90 in store credits upon purchasing this product.

Background
White Death (a.k.a. “White Death Bubba”) is a hard-hitting and long-lasting indica-dominant hybrid that is a cross of the White Widow and Death Bubba strains. White Death is a high-quality strain and has a high percentage of THC. While “White Death” may sound scary, this strain is enjoyed by beginner and experienced smokers alike.

Appearance, Aroma, Flavour
White Death is known for its earthy, pine aroma with undertones of sweet citrus. The flavour matches the strain’s aroma. Like its parents, White Death has a woodsy-pine flavour with underlying notes of citrus. The appearance of White Death lives up to its name. It has vivid green and purple spear-shaped buds tightly packed together with orange pistils. However, the strain’s name comes from the heavy, white coat of trichomes on top of the buds.

Effects and Medical Uses
White Death gives you an intense cerebral sensation, providing a boost of creativity and focused energy. This energy is followed up by a strong feeling of relaxation, leaving some users in a couch-locked state. White Death is commonly used for stress, depression, pain and headaches due to its strong, long-lasting relaxation effect. The high percentage of THC makes this strain effective, even in small doses.

Got this with the mix and match, great bud as usual. 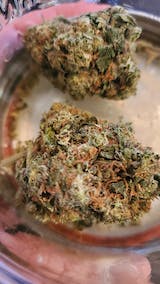 good smell it was kinda dry not moist like other flowers

awesome and no munchies

It was okay, liked the last batch though

This was the third strain I chose in my mix and match, and I have to say my personal favourite.

I don’t celebrate Christmas anymore, but if I did this would be the one to choose for the season: has a beautiful pine and spice profile, with robust and heavy smoke.

Beautiful clean ash. Highly recommend to anyone who is looking for anything with those terp profiles.

I will be ordering again.

God bless anyone reading this. 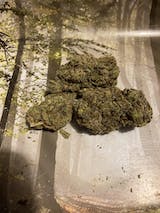 Good smoke, buds had a bit of non-smoke branches you don’t normally see in AAAA, but still a great buzz. 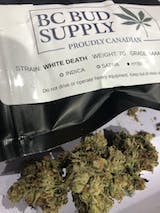 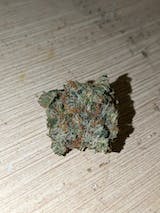