Earn $1 - 50 in store credit upon purchasing this product.

Bubba Kush is a popular indica dominant cannabis strain with a rich breeding history. In 1996, Bubba Kush came-to-be when an OG Kush hybrid pollinated an unknown Northern Lights variant from New Orleans. Since then, the strain has spread across North America as one of the most widely known strains in existence. This strain is deceivingly cerebral and euphoric for an indica, giving users a classic indica high without the intense couchlock and physical sensations commonly associated with it. Bubba Kush’s buds are dense and saturated with resin, with a heavy layer of thick and sticky trichomes that also penetrate deep into the buds. A subtle scent of coffee hides just under the surface of the strong aroma produced by this marijuana strain, and the smoke is pungent with a slightly sweet hash flavour.

Medical users champion Bubba Kush’s pain-relieving effects which are often accompanied by increased appetite and feelings of well-being, making this strain perfect for those using cannabis to treat the side-effects of chemotherapy. While quick to come on, the high produced by Bubba Kush is not overwhelming, and users rarely feel “too” sedated. Instead, this strain lends itself to both body and mind, offering a weed strain that can be used to relax the body without slowing down one’s mind.

This is very potent and makes me extremely sleepy. 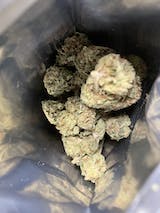 Tried this just out of curiosity, it's a good day-time smoke, & an interesting treat in brownies, the flavour profile of this bud is tasty(if you are a coffee lover)
The high come's on just right(not as overwhelming) if you're just looking for good day-time smoke, or something to help you relax after a busy day at work.
5 star's for great product's & service's(even during this b.s pandemic) 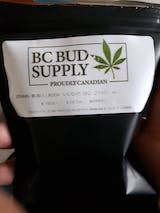 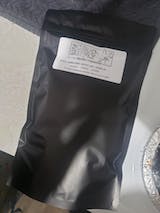 The trim job could have been better, but it is a quality smoke. Taste is not all to my liking but this is quite good compared to other online purchases of similar product. Pic is not the whole 7 grams. Have used some already.
Relaxing, calming sort of stuff it is :) 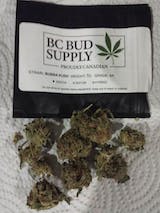 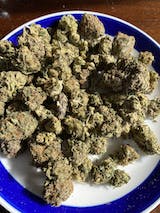