Background
M-39 is a true Canadian classic that has become ubiquitous throughout all parts of the Great White North. This indica-leaning hybrid was originally bred by the Super Sativa Seeds Club, and includes Skunk #1 in its lineage. Skunk #1 was originally said to be crossed with Basic #5, but many now believe the breeding was with Northern Lights #5. Listed as one of the Top 10 Canadian Strains by High Times Magazine in 2013, M-39 is considered one of the oldest forms of cannabis strains in Canada and was heavily used by commercial growers due to its higher-than-average yields along with its fast flowering growth.

Appearance, Aroma and Flavour
The hybrid strain has a gassy, diesel-like aromatic profile. Although it has a heavy fuel smell, M-39’s flavour profile is much more complex. When smoked, the strain has a good mix of flavours that many report as being a combination of pine, lemon, and skunk with undertones of tobacco and earthy wood. The flowers are densely-packed bright green nuggets with threads of eye-popping orange pistils and a thick coat of trichomes.

Effects and Medical Uses
M-39 delivers a fairly balanced experience that is the best of both worlds. The sativa side of the strain provides a cerebral and euphoric high that lifts moods, and improves focus and creativity. The experience then leans into the indica effects, and provides a physical buzz that relaxes the body into calm without heavy sedation. Although the strain may cause cottonmouth for some, M-39 is a great strain to help reduce anxiety and stress, while being an aid in combating chronic pain, fatigue and loss of appetite. A great strain for both novice and experienced smokers, M-39 can be enjoyed at any time of the day, or later in the afternoon in heavier doses when you are ready to relax.

Not bad will order again sometime

O
OH
Good weed! Love the wake and bake of this this kush. 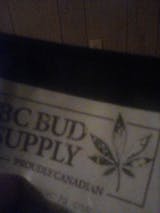 A nice combination of head / body = relaxation with still energy 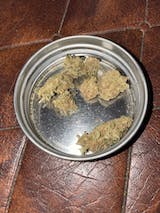 Good buds and well cured as usual. I like the taste and gave a good consistent high. Relaxing. 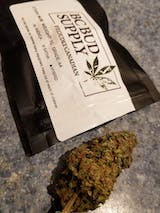 We thought this one was good, but not our favorite.