Earn $2 - 15 in store credits upon purchasing this product.

Background
High Times Cannabis Cup winner MK Ultra is one of the most popular indica-dominant strains available on the market. Named after the CIA’s top-secret mind control program, MK Ultra is a cross between OG Kush and G-13 strains. The resulting bud is very potent with an average of 18% THC content. The strain is used both recreationally and medically, although it may be too potent for some amateurs. You may see MK Ultra called “MKU” for short, and it can be found in many dispensaries.

Appearance, Aroma, and Flavour
MK Ultra is an unmistakable strain due to its unique aroma. When smoked, a pungent, recognizable smell similar to a strange mix between burnt plastic, lemon, and diesel permeates the air. The taste is similarly strong, with an earthy, woody sweetness first hitting the taste buds, followed by a musty aftertaste. The buds are sticky and dense due to it being heavily coated in resin. The flowers are light green interwoven with long, dark amber strands.

Effects and Medical Uses
MK Ultra has an intensely hypnotic effect, which is how it got its name. Users will first feel an enjoyable intense, calming feeling followed by uplifting happiness. This ultimately relaxes the body and mind. Many will find it difficult to leave their seat, while their eyelids begin to drift closed as they embrace MK Ultra’s hypnosis. The strong relaxing effects of this strain make it the perfect solution for stress, anxiety, insomnia, and some chronic pains.

One of my favorite strain good nugs

All time favourite, always having me come back for more. 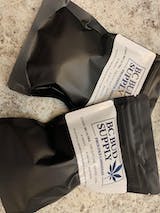 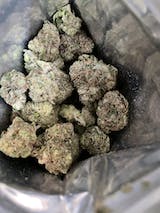 always been a fan of the MK Ultra. 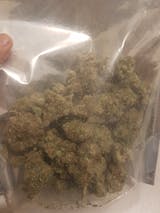