Earn $1 - 7 in store credit upon purchasing this product.

Background
Master Kush is a classic strain of cannabis that has a long and storied history. Originating from the Hindu Kush mountains of Afghanistan and Pakistan, this strain has been around for decades and has been a favorite among cannabis enthusiasts. It has won several awards over the years, including the High Times Cannabis Cup in 1992 and 1993, as well as the Highlife Cup in 2004.

Appearance, Aroma, and Flavour
Master Kush is known for its distinctive appearance, with dense buds that are a deep green colour and covered in orange hairs and a thick layer of trichomes. The aroma is a strong, earthy scent with hints of pine and wood. The flavour is similarly earthy and woody, with a subtle sweetness and hints of spicy pepper.

Effects and Medical Uses
When consumed, Master Kush provides users with a strong, relaxing body high that can help to ease pain, stress, and anxiety. It’s a strain that is mostly used by medical patients to help alleviate symptoms of chronic pain, insomnia, and other conditions. It’s also known to have sedative properties and can be used to help with sleep-related disorders.

This is really nice weed for AA. Excellent value for the money. The buds are large, look nice & are perfectly trimmed. The smoke is a bit harsh but the buzz is very good. Been smoking master kush for years. 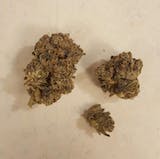 Good for menstrual pain and chilling the eff out when you want to be angry at the world because of hormones.

Very nice, I was suuuuper relaxed 😌 would totes buy again

Easy on the throat, relaxing and calming 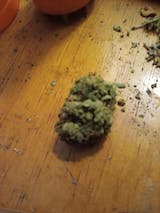 Master Kush was great, I loved the taste and the smell of it.

good smoke for the price